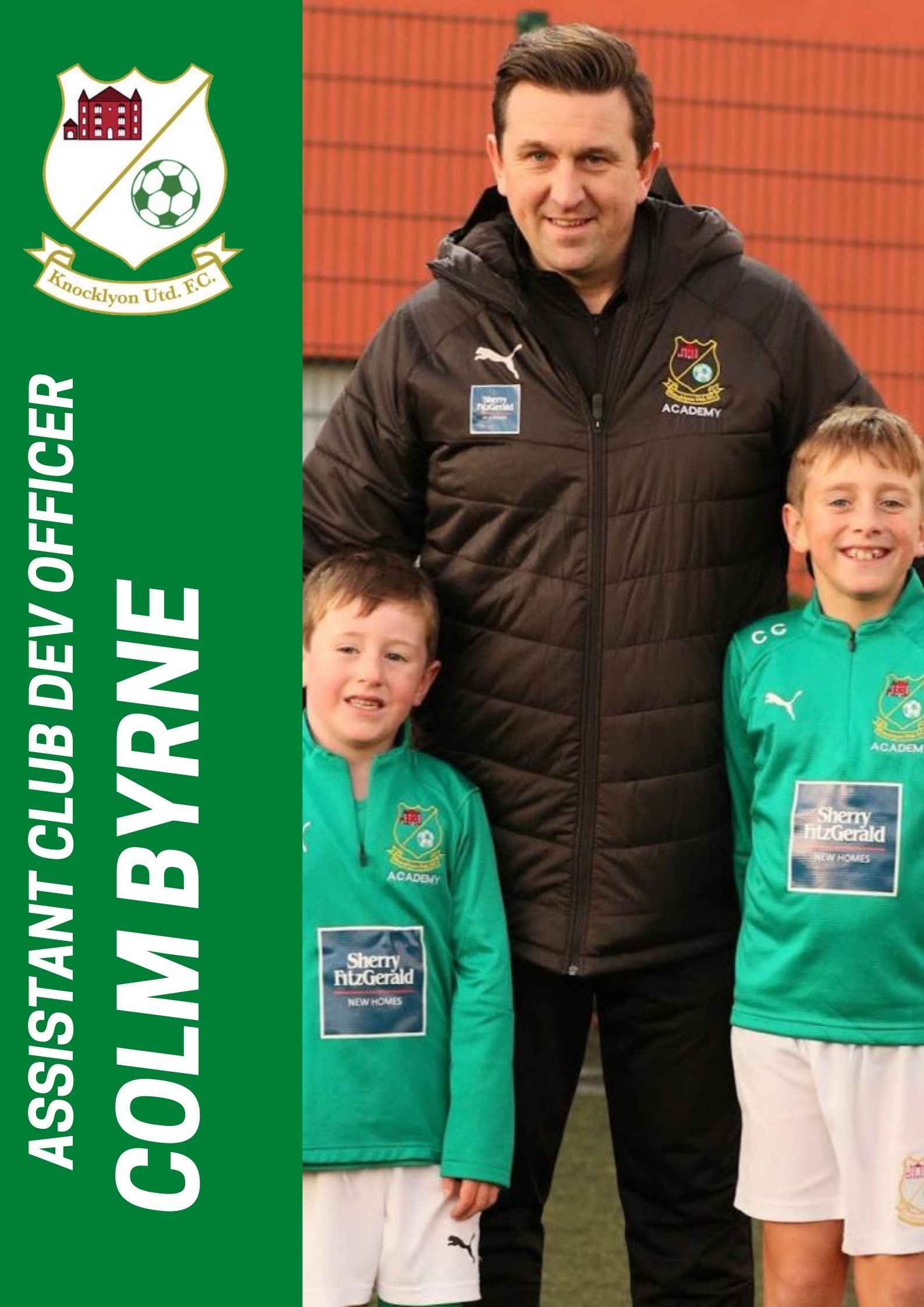 Download our mobile app to hear more about Knocklyon United.

Knocklyon United are excited to announce Colm Byrne to the position of Assistant Club Development Officer. Colm has been with the club as a player since 1989 and then again as manager in 2016. Colm has also been pivotal in securing vital ongoing sponsorship from Sherry Fitzgerald for our academy for the past 3 years.

Colm commented today on the role.

“I’m excited to be working alongside Mick Kennedy, Club Development Officer and the rest of the Executive Committee to ensure that the future of the club is bright and safeguarded. The need for increased and improved facilities at the club is vital at a time when there is huge growth in player numbers especially in the Girls and Football for All sections. We have already done great work on the Club Development Plan which we hope to unveil shortly.”

Another great addition to our team. We wish Colm all the best in his role with the club.

Last night in Bushy Park, our senior ladies sponsored by ...

Under 13a League Champions

Recently all soccer clubs were made aware of the verbal a...

Get live information for Club on the ClubZap App